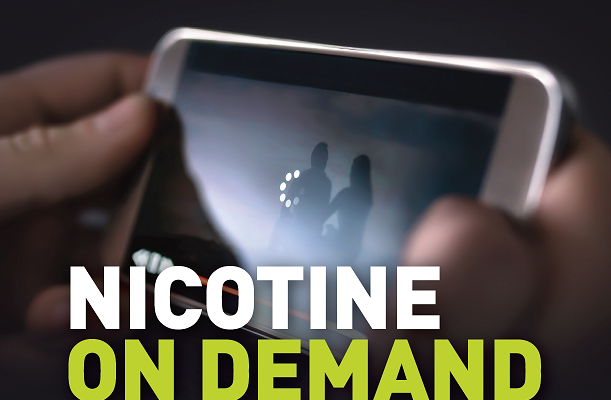 Since 2002, Breathe’s Thumbs Up! Thumbs Down! (TUTD) project has collaborated with the Truth Initiative and partners from the University of Chicago, NORC and predecessors from University of California, San Francisco. Breathe staff and youth partners collect data on the depiction of tobacco products in top grossing movies as well as the most popular television and streaming shows on platforms such as Netflix, Disney+, and Hulu. The data is utilized to develop annual reports that call attention to the issues surrounding the depiction of tobacco products on screen.

The streaming revolution that accelerated with the COVID-19 pandemic continues to change the way the community members consume popular media – the quantity of content readily available at home is higher than ever, and the accessibility to popular media continues to increase. This increase in accessibility is particularly relevant among youth, who have spent more time than ever consuming popular media from streaming services at home. Aside from increased accessibility to popular media, youth have also experienced a general decrease in limitations to content that they can access. Streaming services typically feature all rating levels and, in the absence of parental account management and utilization of parental controls for content, youth are not experiencing traditional box office barriers to viewing higher-rated movies and shows. Granted, decades of our project data collection and experience have shown that youth-rated movies and shows have often also featured depictions of tobacco product use.

“As new releases were increasingly streamed at home, more than a third-38%- of the top grossing movies of 2020 depicted tobacco.”

The most recent report released by the Truth Initiative found that copious amounts of smoking and vaping imagery took screens by storm in 2020. The While You Were Streaming: Nicotine on Demand report includes data not only on shows that were frequently binge-watched, but also top newly released movies and chart-topping Billboard music videos as well. The report highlights that 60% of young people’s top 15 favorite 2020 streaming and broadcast season releases featured smoking, exposing an estimated 27 million youth to tobacco imagery.

Movie and show audiences, including impressionable youth, continue to be exposed to billions of instances of tobacco product use on screen annually. These depictions of smoking and vaping directly contribute to the youth vaping epidemic, which remains a serious public health threat. To protect the health of youth and future generations to come, it is imperative that policy solutions are put in place to curb youth smoking initiation and prevent another generation becoming addicted to nicotine. Some of these policies include urging content creators to develop transparent Anti-Tobacco policies, certifying no tobacco industry payoffs, continuing to expand ongoing research, and providing resources for quitting tobacco products for those who need it.

To read the full report and to learn more about how to take action, click here!